Just two days after seeding it, Apple has seeded the remedial update for the Beta 7 of iOS 12. Here’s how you can download iOS 12 Beta 8 on your iPhone or iPad.

Unlike previous beta versions, this update only improves performance without bringing any new enhancements. Its build number is 16A5357b and the update weighs about 100-400 MB on all compatible devices.

According to its release notes, the poor performance of Beta 7 is now fixed. Group FaceTime calls continue to elude users as usual.

The eight beta also quashes a few other bugs. However, the bug that forces the Settings app to close is still present.

You can download this update from Apple Developer Center if you have a paid developer account. If you are an average user who wants to update to the latest version, you can use the download links below.

Should you update your device?

This update is critical and if you updated to iOS 12 Beta 7 a few days ago, you must update your device again to iOS 12 Beta 8. Users who have already updated confirm that this version fixes performance issues of the previous beta.

If you are concerned about the Settings bug, you can fix it by reinstalling stock apps (FaceTime, Mail, Maps, and others). 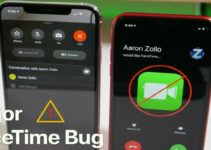