Just like every other major update, users with older devices are hesitant to upgrade their devices. Here’s a video performance comparison between iOS 12 Developer Beta 1 and iOS 11.4.

How does iOS 12 Beta 1 perform on older devices?

Yeseterday, Craig Federighi remarked that iOS 12 was Apple’s fastest operating system to date and for all the right reasons.

According to testers, iOS 12 Beta 1 is by far the smoothest developer beta ever released by Apple.

Surprisingly, bugs and glitches that are inherent to developer betas simply don’t exist in this update. 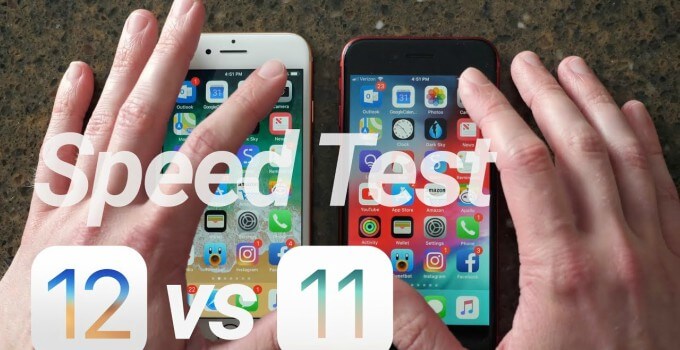 Here’s what you can expect once you move to iOS 12.

As the first reports of iOS 12’s performance emerge, users have begun upgrading their devices from iOS 11.4 to iOS 12.

If you want to test the developer beta version out, get the OTA Profile from here.

Here’s a comparison by Youtuber iAppleByte that benchmarks the performance of iOS 12 Beta 1 on iPhone 5s.

The iPhone running the latest developer beta performed 30% faster than the one running iOS 11.4.