Just like its predecessors, it focuses mainly on bug fixes rather than introducing revolutionary new features.

The beta 3 fixes the extremely annoying audio bug that prevents an app from playing audio in case something interrupts it. For example, a call would stop music playback in Spotify until the user restarts it.

It also fixes the freeze issue that happened when a user plays videos on sites such as YouTube or Twitter. With this update, you will no longer experience a freeze when watching video content.

Unfortunately, battery life is still an issue and hasn’t been improved yet.

If you are a registered developer, you can grab the appropriate IPSW and beta profile from Apple Developer Center. If you are a normal user, use the download links given below.

Yes, you should update if you are sitting on an earlier version. Since there’s no jailbreak for iOS 10.3.1-10.3.3, you can upgrade to experience the cool new features of iOS 11 firmware.

iOS 11 does have a jailbreak but it’s private. Therefore, iOS 11 is more likely to get a jailbreak and that is why I recommend updating.

Will you be upgrading your iPhone or stay on iOS 10? Let us know in the comments section below. 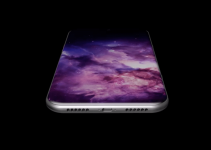