Admit it, we all get bored with the same look and feel of iOS dock. Even though many features have been revamped, the dock has stayed more or less the same since older firmware with just 4 icons. This just doesn’t cut it for us jailbreakers.

On the other hand, MacOS has a much more useful dock. It can be tweaked and customized to include many applications. You can change the animations and even resize it.

If you want a Mac OS style dock on iOS, Harbor is the tweak for you. 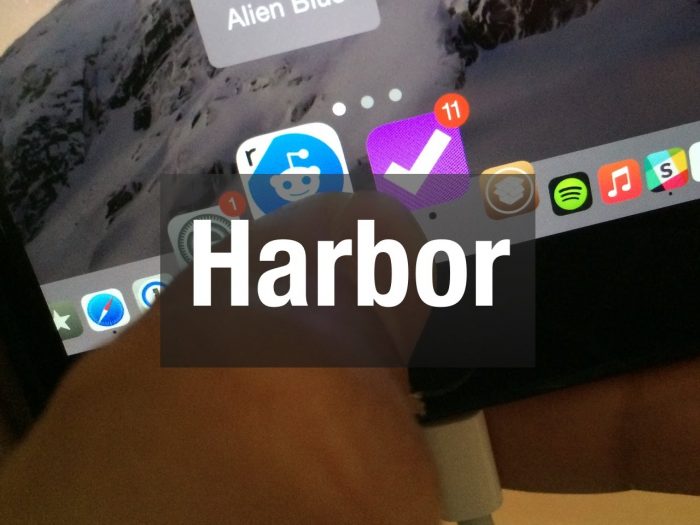 Harbor Cydia tweak allows you to get a Mac OS Yosemite style dock on your iPhone, iPad or iPod touch. Even though Harbor has been around since iOS 8, it was recently updated for iOS 10 firmware.

Here’s a confirmation by Evan Swick, the developer of Harbor Cydia tweak.

Harbor (iOS 10) is now available for purchase in Cydia! pic.twitter.com/JPpo0F8he5

Here’s a video demonstration of this cool tweak.

You can touch the dock and slide across to scroll through the applications with cool animation. The “jump” animation is inspired by Mac OS.

Applications that are open in the background will show a dot on the bottom to indicate that they are active. Apps that receive a notification will jump up from the bottom.

It is a great alternative to Infinidock Cydia tweak.

Harbor is available for download on BigBoss Cydia Repo at the price of $0.99. It is fully compatible with iOS 10.