Another day, another tweak. NoMoreDisabled prevents permanent passcode locking on iOS 11. You can download this tweak below for your iPhone, iPad, or iPod touch below.

iOS comes with built-in passcode protection that locks any intruder out after a few passcode attempts.

Six-failed attempts give you a 60-second lockout and the lockout period continues to increase with the number of failed attempts.

Once you exceed ten incorrect attempts, iOS locks you out or fully erase your data if the “Erase Data” option is enabled.

Even if the “Erase Data” setting is turned off, you will have to perform a clean iTunes restore. Consequently, your data will be toast if you didn’t back it up locally or on iCloud. 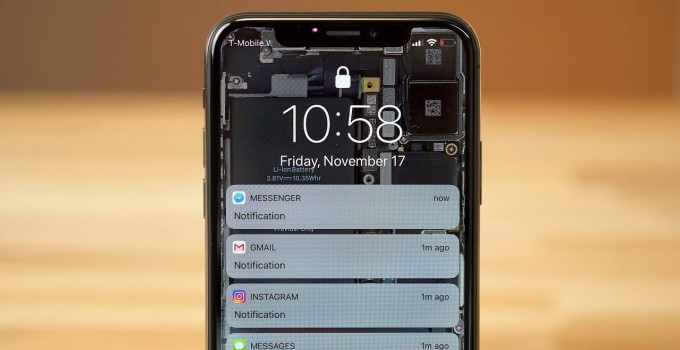 That is where NoMoreDisabled comes in. Developed by Luca, it prevents permanent passcode locking, allowing you to enter as many incorrect passcodes as possible.

NoMoreDisabled’s main upside is that it doesn’t modify any important system file, unlike other tweaks.

It hooks a method into the passcode lock and you can easily revert this modification by restarting your device.

Is it safe to disable passcode lockout?

iPhone, iPad, and iPod are without a doubt the most secure devices on the planet. Apple introduced the passcode lockout feature back in 2013 with the release of iOS 7 firmware to protect users from passcode vulnerabilities.

Therefore, just like any other security setting, disabling passcode lockouts will leave your device open to attackers. For instance, brute force attacks are relatively easy to carry out with no passcode protection in place. The attacker can easily input more numeric combinations over and over again without lockouts.

With that said, you might want to disable it for a multitude of reasons –

Step 3 Install NoMoreDisabled from BigBoss repo. As far as compatibility goes, it is fully compatible with iOS 10 and 11. 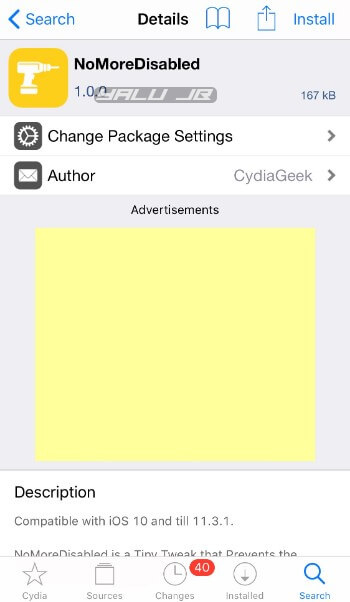 Step 4 Restart the Springboard to ensure that the changes take place.

Once you install this tweak, it will start working right out of the box. You can now test it by inputting any number of passcodes. If you don’t get locked out, the tweak has been successfully installed on your device. 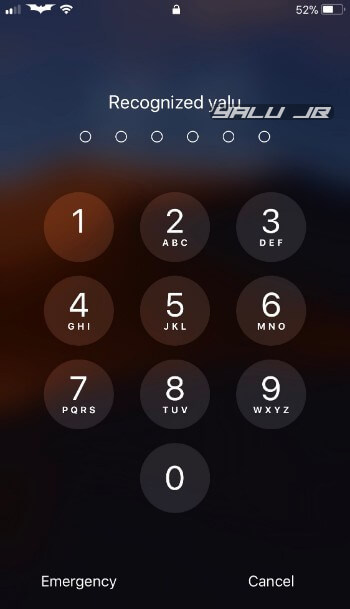 You can input too many invalid numeric combinations at once. However, you must pause briefly before entering the correct passcode after you stop inputting incorrect combinations.

There’s a cooldown period of one minute after your last incorrect attempt before entering the correct password. But all the while, your lock screen will remain functional and you will be able to use it however you want to.