Here is the latest jailberak for iOS 10.1.1 – Yalu. However, fewer users are opting for the jailbreak since it is still in its early developmental stage. Finding exploits and vulnerabilities in iOS is becoming increasingly difficult because of Apple’s commitment to safety. Apple aggressively deploys security functions natively in the operating system.

A working jailbreak for iOS 10.1.1 is now available, and these are the details you should know before you try it.

Yalu jailbreak exploits a vulnerability in iOS 10.1.1 through Project Zero. Here’s the official source code along with the procedure to use the exploit (only recommended for experts). So in short, they simply take advantage of a security crash, which will certainly be solved in iOS 10.2 as the jailbreak has not yet been released for the latest version of the iOS operating system.

It was Ian Beer who posted on Chromium.org website the vulnerabilities that should be exploited to jailbreak your device.

However, it seems that it becomes increasingly cumbersome to find vulnerabilities for a working jailbreak as it requires immense technical know-how. The times when jailbreaks arrived almost at the time of launch of latest iOS version are gone. It is unlikely that an average iOS user will be able to perform this jailbreak.

From users’ perspective, it is necessary to wait and see if hackers can implement a tool that does all the grunt work. In short, it seems that this new jailbreak is almost dead. Jailbreak devs are facing difficulties in building a stable jailbreak tool for iOS users.

To use Yalu jailbreak, it is necessary to run iOS 10.1.1 only. So if you are running the latest version available iOS is 10.2, you will need to downgrade.

Thanks to this mechanism, we will get “root access” to the iOS device. This will allow you to mod, tweak and develop different apps freely provided you possess the required know-how.

If you are familiar with the intricacies of software and code, you can use it. It requires XCode and a lot of patience. With this method, you will be able to install Cydia. 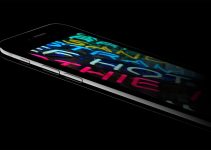