Another day, another tweak. This new tweak promises to make Cydia a whole lot better. Here’s how it works.

Although Cydia is the best installer for jailbroken devices, every user admits it deserves some updates.

Thankfully, some independent developers have developed tweaks that bring these much-needed changes to the jailbreak installer. One such tweak is WhoMadeIt.

As the name suggests, WhoMadeIt Cydia tweak displays the developer instead of the repository of each package. It is developed by eminent tweak developer PoomSmart. 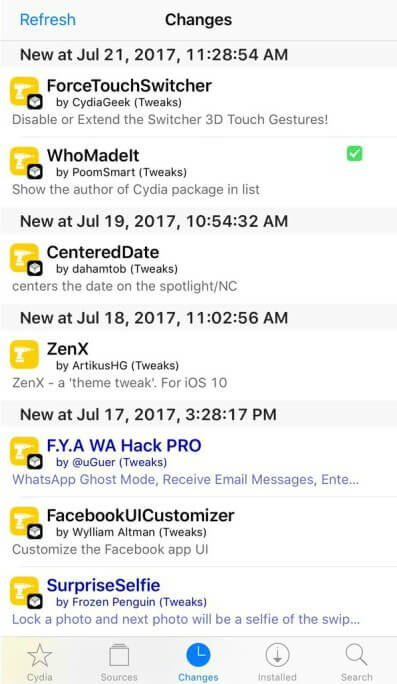 Once you install it, there are no options that you need to configure – it’s fully plug-n-play.

Despite all its advantages, this tweak does have one missing feature. According to me, it should display the developer’s as well as the repository’s name together. This tweak will become even better once PoomSmart adds this functionality.

This is a nice add-on for users who want this particular functionality. It offers absolutely stunning backward compatibility and it even supports as old a firmware as iOS 3. Highly recommended.

WhoMadeIt is available for download on BigBoss Cydia repo for free. It is compatible with iOS 3-10.

Here are some more Cydia tweaks that you might find useful –

For more Cydia tweaks and releases, subscribe to our social channels.