WhatsApp will now start banning users who try to run hacked versions of the app or try cheating their system. Here’s how this ban works and what you can do about it.

Following in the footsteps of Snapchat, WhatsApp will now ban users who try to use unofficial add-ons and hacks.

According to WABetaInfo, users might receive a ban for using WhatsApp++. The WhatsApp beta tester also remarked that users should install the latest official update immediately.

In according to a few reports, you should NOT use sideloaded WhatsApp versions on iOS, otherwise your account will be banned!
WhatsApp++ seems the reason of all my reports, so if you’re using it please update to the official 2.18.81 AppStore version immediately!!

Fouad Raheb, the developer of Watusi, also confirmed this development a few days back.

I’m currently on vacation in Marmaris, Turkey ☀️ 😎 🏖
I will check latest WhatsApp as soon as possible.

This move comes amid the rising tide of privacy regulation and enforcement around the globe.

Furthermore, Facebook recently found itself embroiled in the Cambridge Analytica scandal a few months back, which led to many users abandoning the social network for more secure alternatives.

Social networks often argue that modified versions of their applications put user’s security at risk. Though this is true to an extent, your account credentials remain safe so long as you are using apps from a legitimate source.

How can you stay safe from a ban?

As mentioned above, only sideloaded versions seem to be affected. The “tweak” version of WhatsApp++ is still working just fine for jailbreak users.

So if you want to keep your account safe from bans, uninstall any hacked WhatsApp app as soon as possible.

Since the DRM is still in infancy, you can easily bypass it by installing the tweak version of WhatsApp++ from Cydia. Drastic measures like installing the latest official update are not required, for now at least.

If you ever experience temporary bans, simply downgrade it from the App Store using App Admin.

Fouad is currently on vacation and will hopefully update Watusi in a few days. Once the developer bypasses the DRM, you can switch over from the aging WhatsApp++ to the latest version of Watusi.

So far, Zuckerberg and company have not officially disclosed the reasons behind this measure. However, things should become clear very soon as users start experiencing ban waves and restricted access to their accounts. 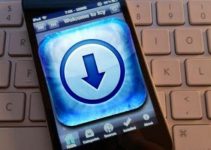