Another day, another tweak. This new tweak realizes a highly requested concept based on Cydia. Here’s how it works.

There’s no dearth of Cydia concepts and a lot of them keep sprouting up from time to time. However, not many of them are actually realized by tweak developers due to various compatibility constraints.

This is exactly where this new jailbreak tweak comes in.

Translucency Cydia tweak adds a translucent effect to Cydia by blurring your wallpaper. It is developed by tweak developer Ethan R.

As is evident from the concept, it works best with vibrant and colorful wallpapers. Here’s how it looks like in action on my iPad. 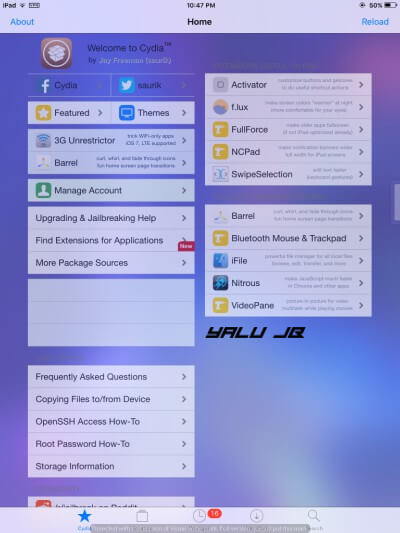 Remember, once you install it, no changes will be reflected in Cydia. The developer has disabled it to prevent lag on older iOS devices. Hence, you must manually enable the tweak from its Settings section. 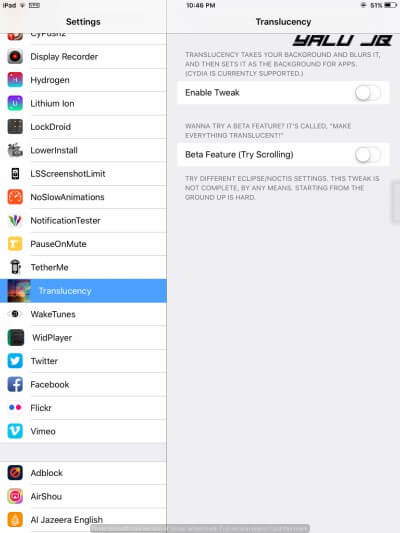 I recommend everyone to stay away from the “Beta Feature” option. What this does is it adds the translucent effect system-wide instead of just Cydia.

Even the developer has suggested not to use this feature as it might make everything go haywire. This will likely become a part of a future update.

This is a great free tweak that enhances your setup and adds a much-needed change. Recommended.

Translucency is available for download on BigBoss Cydia repo for free. It is compatible with iOS 9 and 10. 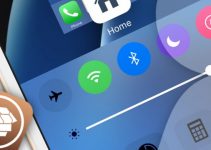