Another day, another tweak! Today we have a great add-on for Siri – TinySiri. Let’s find out more about this tweak.

When you use Siri, you would have noticed it takes up the entire screen and ruins immersion. It can no longer use anything else while using it. This is where TinySiri Cydia tweak comes in. 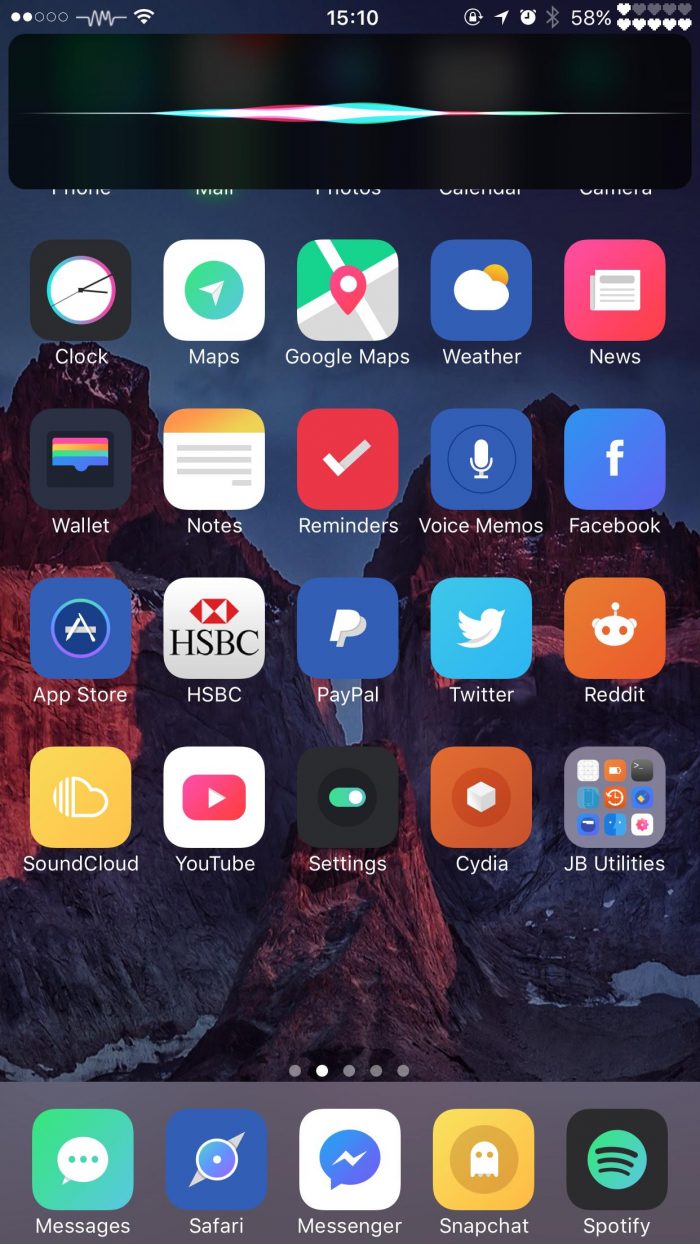 TinySiri Cydia tweak by SparkDev replaces the native Siri interface with that of macOS Sierra. You can easily use Siri as it now only takes up space at the top of the display just like on macOS Sierra.

It takes up less space and increases productivity. It really blends in with the interface perfectly. I wouldn’t be surprised if Apple adds this feature in the upcoming iOS 11 firmware.

Here’s a video demonstration of this TinySiri Cydia tweak on iPad.

It has some issues at the moment but developer is working on them. Here are a few bugs that are present in TinySiri 1.1.

It also has several options you can use to customize it further. In all, it’s a great free tweak. The developer initially wanted to release this as a paid tweak but changed his mind later on. So if you like this tweak, make sure you donate to him.

TinySiri is available for download on SparkDev’s repo (http://repo.sparkservers.co.uk/) fro free. It is fully compatible with iOS 9 and 10.

In the upcoming TinySiri 1.2 version, Siri will added to the Status bar itself. This looks ever more slick.