Another day, another tweak. SmoothTable shakes up an important element of the default iOS user interface. Download and install this tweak for your iPhone/iPad below.

Admit it, the stock user interface of iOS tends to become boring after a while – especially if you are a theming enthusiast. That is where this new tweak comes in.

SmoothTable Cydia tweak allows you to round and pad Table Views Cells (UITableViews). It is developed by tweak developer assembly programmer.

You can use it alongside all system as well as user applications. Just make sure the apps you enable it in make use of UITableViews.

Here’s how this tweak looks like in action in the stock Settings app. 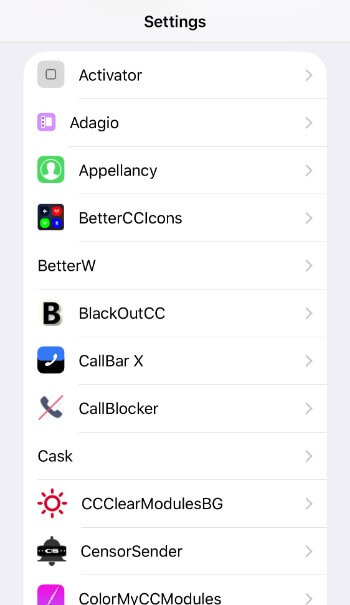 Setting this tweak is fairly simple as well. Go to its preferences section in the Settings app and toggle on the various options. 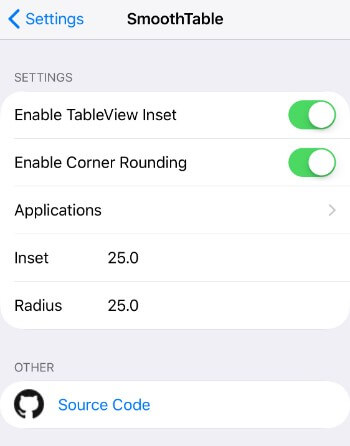 Once you make the desired changes, restart the Springboard. Be sure to turn on both the toggles as disabling the inset option will only result in rounded corners.

SmoothTable is a fun little tweak that will surely enhance your apps, especially the Settings app and other system apps.

The developer also plans to integrate it with BetterSettings. Recommended.

Apart from iOS 10 and 11, it can also possibly work on older firmware versions like iOS 9. However, the developer didn’t test the tweak on iOS 9 and below and you will need to test it out for yourself on a compatible device.

SmoothTable is available for download on https://pr0crustes.github.io/repo/ for free. It is compatible with iOS 10 and 11.

Here are a few other jailbreak tweaks that are worth an install if you are into theming.