Another day, another tweak. A new tweak has just been released that aims to beautify the Now Playing screen. Here’s how it works.

The stock iOS 10 music player app is all good and dandy. However, there’s always room for improvement and here’s a Cydia tweak that exploits it well.

It blends in really well with the Control Center while staying true to native iOS 10 aesthetics. Here’s how this tweak looks like in action. 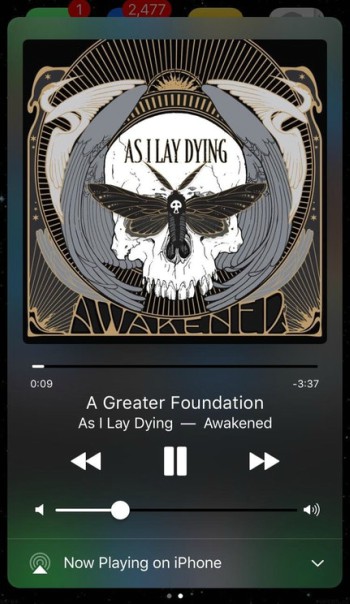 The native Now Playing interface wastes a lot of screen space and crams the various components in limited space.

Sinatra increases the space taken up by the Now Playing screen. This makes the album art bigger in size and moves the song and album name to its bottom.

It offers good compatibility with other Cydia tweaks such as Masq, Horseshoe, Noctis, Harp, etc. Once installed, there are no options to configure and it starts working right out-of-the-box.

At $1.99, Sinatra is a bit on the expensive side. If you really like this particular look and feel, go for it. Otherwise, I honestly wouldn’t recommend this tweak for casual users because of its high price.

Sinatra is available for download on BigBoss Cydia repo for $1.99. It is compatible only with iOS 10.

Here are some more Cydia tweaks you may find interesting.