As the iOS 11 jailbreak cycle comes to a close, developers are rushing to release jailbreak tools for iOS 11.3.1. Here’s a new concept jailbreak called rootlessJB that brings tweak support to iOS 11.3.1 and below.

rootlessJB is a proof-of-concept jailbreak for iOS 11.0-11.3.1 with tweak support and SSH access. It is developed by independent developer Jake James.

Rootless jailbreak utilizes Ian Beer’s empty_list exploit and has a success rate of around 40%.

Essentially, it is a watered-down version of the Electra jailbreak toolkit beta that was released back in December. While that’s a good thing, a “rootless” jailbreak can only run Cydia tweaks that don’t require root access.

Once you install it on your device, you will be safely able to run the following tweaks –

Note – Please do not try this jailbreak on your main Apple device unless you are a developer or a power user. Although the developer believes this tool doesn’t interfere with other tools, it can lead to infinite respring loops and kernel panics. Your best bet right now is to wait for Coolstar to release Electra jailbreak.

What’s missing from this jailbreak?

This jailbreak was never meant to be a replacement for a full-fledged jailbreak. Here’s the complete list of all features that are either broken or not functional at the moment.

rootlessJB is compatible with all versions beginning from iOS 11.0 to iOS 11.3.1. But since iOS 11.0-11.1.2 versions already have a full-fledged jailbreak, this jailbreak becomes useless.

Therefore, it is ultimately useful only for the following versions.

How to install rootlessJB on iPhone/iPad

Step 1 Download the IPA file given above to your computer.

Step 2 Open Cydia Impactor and drag this IPA file over to it. If you don’t have Impactor on your computer, you can grab it from this link.

Step 3 Enter your Apple ID email and password once it prompts you to enter your credentials.

Step 4 Once Apple’s servers authorize your Apple ID, the installation process will begin.

Step 5 Tap Jailbreak! to start the exploitation. Remember, SSH access will not work if you use the empty_list version (IPA file) and you must use Filza. If you continually experience exploit failure, close all running applications from the app switcher, turn on Airplane mode, disable Siri, and retry.

Step 6 Once it puts your device in jailbreak state, you can start installing tweaks using a file manager. Just follow this tutorial.

How to fix “failed to initialize SSH” error

If you get the “Failed to initialize SSH” and “Failed to launch jailbreakd” error, you must compile the rootlessJB XCode project yourself.

The reason why this happens is that Cydia Impactor signs the tar binary file and the bootstrap fails to extract properly. Jake is working on a fix and will hopefully release a new version soon.

If you run into issues and need help, just leave a comment below. 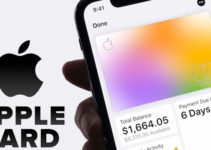