If you are using an A12 device, chances are your tweaks won’t show up in the Settings. Here’s a quick fix for the PreferenceLoader issue that seems to be plaguing all Chimera jailbreak users.

Why are tweaks not showing up in Settings on iOS 12?

The problem stems from the lack of tweak support for A12 devices. As you already know, most tweaks lack a functional preference bundle on the all-new Chimera jailbreak.

Besides, users are having troubles installing the RocketBootstrap developer package using Sileo, which is further rendering preference bundles broken.

If you try to access a tweak’s preferences section, you will be greeted with the following message –

There was an error loading the preference bundle for <tweak>.

Thankfully, NepetaDev promptly released an update to Cephei, which fixes PreferenceLoader issues for A12 device users.

Warning – Your setup will break completely should you decide to give this tutorial a go on an A11 device (iPhone X or below).

How to fix PreferenceLoader error in Chimera jailbreak

Step 1 Open Sileo and navigate to the Packages section. Alternatively, you can open Sileo straight from the jailbreak app.

Step 2 Navigate to Sources and enter the URL of Ryan Petrich’s repository (https://rpetri.ch/repo).

Step 3 Open the Packages section and tap the button present alongside “Date” and open the Developer tab. This tweak is hidden and is accessible only through this tab because it’s aimed at developers, not average users.

Step 5 Restart your iPhone or iPad.

Step 6 Open the Chimera app and re-jailbreak your device.

The PreferenceLoader will now become functional and your tweaks should start appearing in the Settings app like they are supposed to.

If, however, you are unable to get them to work, your tweaks have probably not been updated by the developers for A12 devices yet.

A lot of packages including Dune, Jellyfish, and all of NepetaDev’s packages are already updated. The ones that still have broken preference bundles should get updated pretty soon. 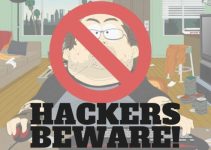