Jailbreak Community is abuzz with so many new Cydia tweaks being released on the daily. Here’s another cool Cydia tweak called PassButtonStyle that aims to customize yet another facet of the native iOS interface. Let’s find out more about this amazing tweak.

If you are a iOS theming fanatic, you will surely like to customize the appearance of your PassCode buttons. This is where PassButtonStyle comes in.

PassButtonStyle Cydia tweak, developed by CydiaGeek, lets you style your PassCode buttons easily. Even though TouchID is much more popular, pass code buttons still have their place.

You can change the appearance of pass code buttons and use several graphic buttons according to your liking.

Once installed, it works out of the box. So if you are one of those personalization enthusiasts who likes to customize each and every aspect of iOS, give this tweak a go.

PassButtonStyle is available for download on BigBoss Cydia repo/source for free. It is compatible with iOS 8, 9 and 10. 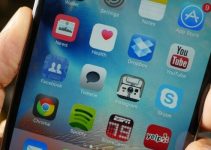