Hacker p0sixninja is back with another contribution to the jailbreak community. Here’s all you need to know about it.

Joshua Hill, a member of the now-defunct Chronic Dev Team, has just made evasi0n6 jailbreak open source. The code of used in this jailbreak is now open for everyone to use.

Apart from evasi0n6, the exploit used in JailbreakMe for iPhoneOS 1.0.2/1.1.1 has also been open sourced. It is was originally developed by Chris Wade and Dre.

Hill took prior permission from other Chronic Dev Team members as some code also belongs to them.

These tools are being open sourced as a part of p0sixninja’s Open Jailbreak project. This project aims to help hackers learn the ropes of jailbreaking by providing access to open source code.

A few days from now, evasi0n7 will follow suit.

Why is p0sixninja open sourcing his code now?

Hill is open sourcing to evasi0n team’s because this will help up and coming hackers and jailbreak developers to learn more about developing jailbreak tools.

Jailbreak Dev Teams and developers often keep their code “closed source” because anyone can meddle with open source jailbreaks and inject malicious code and distribute it.

However, iOS 6 and 7 are considered legacy firmware versions now and hardly anyone uses them now. Therefore, the code has absolutely no scope of misuse.

This code is obviously irrelevant in this day and age apart from providing insights into what goes behind the scenes in a jailbreak Dev team.

If you want to become a hacker or are interested in jailbreak development, you can take a look at p0sixninja’s Github page. 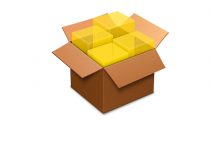