In a bizarre move, Opera has decided to discontinue its popular VPN app. Here’s what this means for you and which VPN you should use instead.

Opera VPN shuts down for iOS

Opera VPN was one of the best VPN services that enjoyed huge popularity among iPhone users and this sudden decision to discontinue the app surely comes off as a surprise.

The developers posted a final farewell message for the users and thanked them for their support. Surprinsgly, the company hasn’t revealed the exact reason behind its closure. 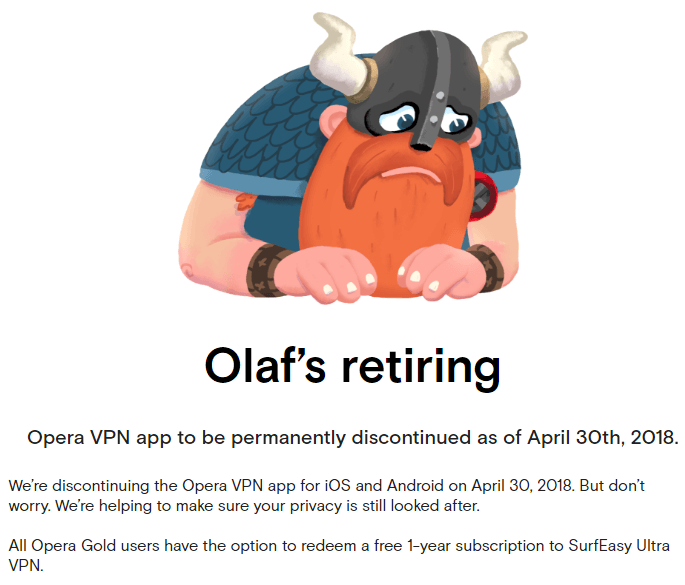 For those who don’t know, Opera was acquired by a Chinese consortium back in 2016. The service might have been under pressure from the Chinese government, which has banned several VPN providers in the past.

Moreover, Apple’s restrictions on VPN apps and a huge influx of free users might have rendered it unsustainable for the developers.

Although Opera VPN will no longer remain functional, user privacy will continue to be a priority for the developers. If you are an Opera Gold user, SurfEasy VPN will honor your subscription.

All premium subscribers can avail a free 1-year subscription to SurfEasy Ultra VPN. As far as free users are concerned, they can redeem an 80% discount coupon for SurfEasy Ultra.

You can download the app below and take it for a test drive on your iPhone. 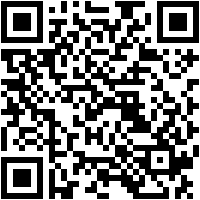 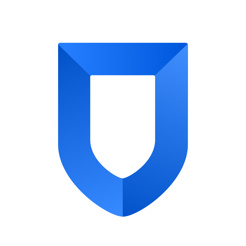 SurfEasy is a good app but can be a bit pricey for some. I will soon post a list of best free alternatives to Opera VPN so watch out for that.

Which VPN app will you use now that Olaf’s retiring? Let us know in the comments section below.