Cydia Impactor is throwing a weird “maxQuantity error” whenever you try to sign an IPA file. Here’s are a few fixes and alternatives that you can try before Saurik releases an update.

What does provision.cpp:138 maxQuantity error signify?

Each error code in Cydia Impactor has a certain meaning and indicates what’s wrong with any component that’s a part of the signing process.

At the very outset, “maxQuantity” error message suggests that it has got something to do with the 3-app signing limit.

However, this is not the case this time around and you will get this message even if you are yet to hit that sideload limit. Several users have tried creating new Apple IDs but to no avail.

Here’s what the maxQuantity error looks like (thanks to skimaskngun) –

These errors usually affect the users when there’s an issue with Apple’s signing servers.

Surprisingly, Apple’s servers are fully functional and not undergoing routine maintenance. Apple servers have an upcoming maintenance session scheduled on February 18th so that possibility is ruled out.

Therefore, all signs point to a new server-side protection mechanism that selectively blocks all requests by Cydia Impactor.

This error also affects Julio’s Ext3nder and other tweaks based on Saurik’s Cydia Extender. If you are affected by the same issue, here are a few fixes that you can try.

Method 1 – Use a third-party package installer

Package installers such as TutuApp and AppValley have all the jailbreak and social media apps.

They make great alternatives to Cydia Impactor even though they might contain some pirated applications or games. 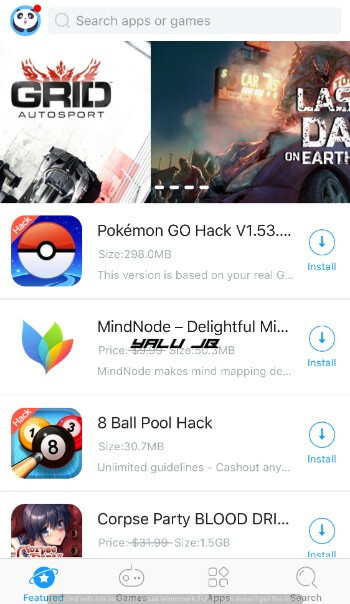 Here are a few working installers that I have tested recently.

I am currently using the latest beta version of Electra jailbreak from Panda Helper VIP and it’s working perfectly fine.

If you are looking for other jailbreak tools such as g0blin or h3lix and even hacked apps like PokeGo++ 2.0, you can find them therein as well.

Once you download the requisite tool, put your device in jailbreak mode as soon as possible.

Remember, the apps you download from these installers will work until Apple revokes their enterprise certificate.

Cydia Impactor is closed source and, hence, only Saurik can update this tool.

Although he remains silent on Twitter, he usually pushes an update immediately after Apple messes with his tool.

As soon as he releases a new version, I will update this tutorial. Until that happens, refrain from booting your device into no-jailbreak mode.

You can download it from this Cydia source – julioverne.github.io. After reinstallation, Ext3ner Installer will automatically fetch the latest update by Saurik.

Alternatively, you can try using Extender: Reloaded tweak, which works just as well.

If you find or come across a fix for this issue, please post it below.

Again, this is not a proper fix but a great alternative that you can utilize for the time being.