Another day, another tweak. A new tweak by developer Noah lets you bypass jailbreak detection in apps using Force Touch. Here’s how it works.

Several applications such as banking apps detect jailbreak and restrict access to many features. This is where LaunchInSafeMode Cydia tweak comes into action.

What LaunchInSafeMode does is add a new “Safe Mode” shortcut to the Force Touch menu. You can use this shortcut to launch an application in Substrate Safe Mode.

In Substrate Safe Mode, no Substrate-based Cydia tweaks or extensions are loaded into an application. 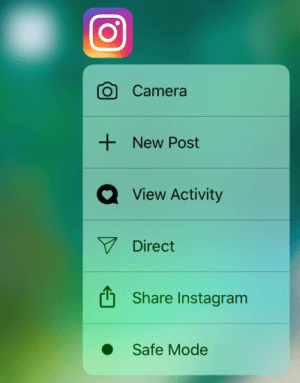 This tweak comes in handy when you try to open an application that has detects jailbreak.

Once you open it in Safe mode, you can bypass its jailbreak protection mechanism and remove any restrictions.

However, sometimes this tweak may not work due to stricter jailbreak protection. In that case, you will need to utilize special tweaks such as UberDriverPatch.

You can enable and disable LaunchInSafeMode tweak’s functionality from its Settings section.

LaunchInSafeMode is a must-have Cydia tweak if you use banking or cab apps. Highly recommended. 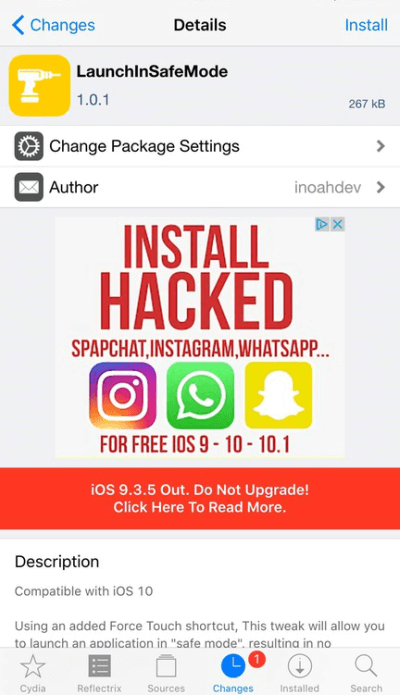 If you are on iOS 9, this tweak will not work on your device. You can use NoSub which is a good alternative to this tweak.

LaunchInSafeMode is available for download on BigBoss Cydia repo. It is compatible with iOS 10.

Here are some more Cydia tweaks you may find interesting –

For more scene releases and updates, subscribe to our social channels.