In the light of current events, Apple has decided to harden its security. A few days ago, Wikileaks’s Vault7 leak showed how vulnerable iOS was to hacking.

In order to prevent government spying, Apple has recruited eminent security researcher Jonathan Zdziarski. Zdziarski has been involved in the jailbreak community since a long time.

With this move, Apple aims to tighten the noose for jailbreak developers.

It was not clear when the talks started and what Jonathan’s responsibilities were in the company. Here’s what he wrote on his blog. 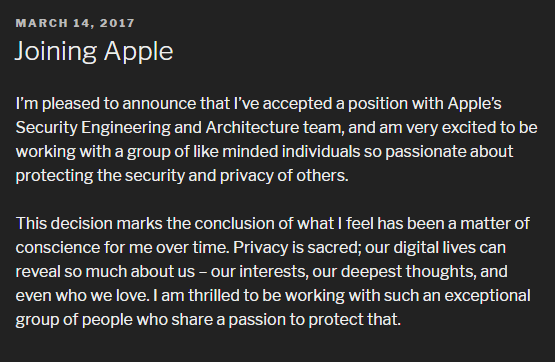 Who is Jonathan Zdziarski?

Zdziarski was very popular in the early jailbreak scene. He worked with the now-defunct iPhone Dev Team to develop jailbreak tools for iOS. He participated in the development of many tools like PwnageTool, QuickPwn and redsn0w.

He was also a part of the Chronic Dev Team. He worked with them to develop greenpois0n and Absinthe jailbreak.

Even though he doesn’t work with Dev Teams anymore, he still remains active within the penetration testing community. In 2014, Zdziarski revealed a backdoor in iOS operating system that allows hackers to access data remotely.

In 2015, he also provided many inputs on 2015 San Bernardino incident.

Zdziarski being hired by Apple is bad news for the jailbreak community. He obviously knows his stuff when it comes to jailbreaks.

For your information, Apple also stole one of his tweaks called PairLock. Like other Cydia tweaks, they then turned it into a stock iOS feature.

Apple will now aggressively close all loopholes in its operating system. Is this the end of jailbreak? 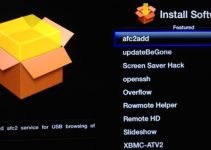