Home
Editorial
iPhone XS will kill off the Home button

After removing the headphone jack, Apple has its sights set on the home button of the iPhone. Here’s what this means for the Apple’s iPhone user base.

Home button to suffer the same fate as the headphone jack

Owners of the iPhone X are already used to using an Apple smartphone without a home button. With the new frameless design, Apple ditched the circular home button, which was an integral part of all iPhone models up until the iPhone 7.

The button had to make way for iPhone X’s ginormous display, which consequently made Touch ID obsolete.

The arrival of iPhone XS, iPhone XS Max, and iPhone XC spells the end of one of the most iconic components of the iPhone tomorrow.

Last year, fans of the button could still choose an iPhone 8 or 8 Plus. This year, however, all new devices are touted to adopt iPhone X’s minimalistic design.

How the Twitterverse is reacting to this news

Removal of the home button has created quite a furor, especially on Twitter.

Twitter users are concerned about a life without the home button. Apparently, the majority of users are not ready yet for an iPhone without Touch ID that relies solely on gestures.

Apple really pisses me off. No headphone jack, no home button, old models going crazy when new models come out… yet they have us all by the balls!! I’m about to go back to a blackberry! 🤣 https://t.co/at5cnV58Wc

How will people adapt to not having a physical home button, no fingerprint scanner?

To fill the entire front panel of the iPhone, Apple had to reinvent the way you use an iPhone. Consequently, Apple got rid of the home button to free up some screen real estate.

Sure, the home button still works fine in 2018, but Apple prefers a larger screen and smaller form factor than sticking to an obsolete part.

Is killing the home button a smart decision?

If you compare the pros and cons, killing off the home button is a great decision on Apple’s part.

All functions that the home button had, are now replaced with gestures and user interface buttons without compromising the functionality and usability of the device.

That makes the removal of the button a lot less abrupt than removing the headphone jack on the iPhone 7, which forced users to switch to wireless headphones or use an extra adapter. 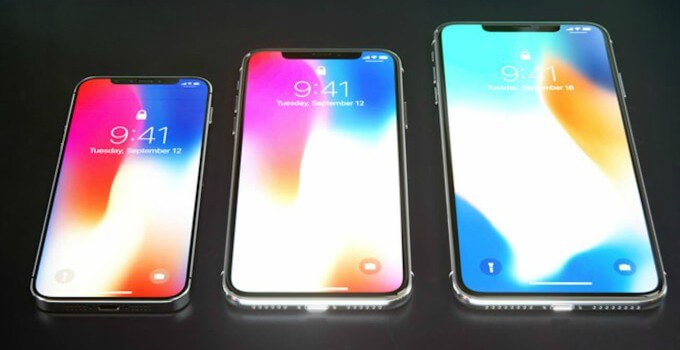 If you are skeptical about the disappearance of the home button, you will get used to it within a few days of usage. The gesture-based interaction in the iPhone X really blows its predecessors out of the water.

Accessing the app switcher or unlocking the iPhone X feels smoother and natural as compared to older devices. Beginning with iOS 12, the iPad, too, now has iPhone X-style gestures for invoking the Control Center and app switcher.

When Apple last year the iPhone 8 Plus unveiled with its large screen edges and casing, the device was already outdated in terms of design on the first day.

Apple simply can not release such a smartphone this year now that every Android manufacturer is copying the iPhone X.

Just as with the disappearance of the headphone jack, the iPhone is changing with the times and you should, too.