After six minor beta updates, Apple has finally launched iOS 11.3 Golden Master update. But here’s the catch – you can install this update only if you have the latest sixth-gen 9.7-inch iPad.

In a bizarre move, Apple has released the final version of iOS 11.3 for just one device – the new 9.7-inch iPad. Since the new iPad model is yet to be shipped, it will likely come pre-loaded with this update.

The final version iOS 11.3 comes with quite a few improvements and improves a lot upon its predecessors. Tons of features that were missing from older versions have now been implemented.

Users can store iMessage messages in iCloud with full synchronization capabilities, thereby saving up storage space on their devices. 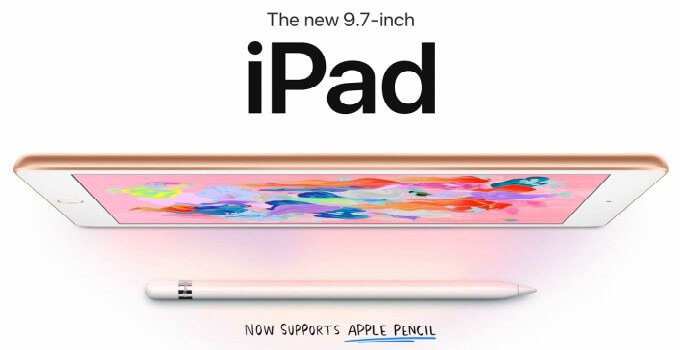 If you own the latest iPad, you can upgrade your device to iOS 11.3 GM via OTA. All you need to do is open the Settings app and go to General > Software Update and install iOS 11.3.

You can also upgrade using iTunes with the right IPSW firmware file for your model (WiF/Cellular). Here are the direct download links for this version.

When will Apple release iOS 11.3 GM for other devices?

Apple might finally roll out the final version on April 2, which is when the new iPad model is slated to arrive in stores.

If the update eludes us even then, Apple will finally release it sometime during the next week.

If you are waiting for the first beta of iOS 11.4, you might have to wait a bit longer.

When do you think we will receive the final iOS 11.3 Golden Master firmware update? Leave your comments below.