Apple has just released the iOS 12.0.1 update. This software update resolves various bugs including the antenna and charging problem of the iPhone XS and iPhone XS Max.

In addition, this version solves iPhone XS and XS Max not charging automatically after connecting the device to a power outlet.

Before the device starts charging, you must first unlock the screen and re-insert the cable into the Lightning port.

Also, the “123” iPad bug is now a thing of the past. This bug caused the button for keying in numbers on the keyboard to move to the emoji section, which caused problems in certain apps. The number button is now back in its original place. Bluetooth not working properly is also fixed.

This build is offered as a regular public update – your iPhone or iPad will automatically get updated. Head to Settings > General > Software Update.

12.0.1 is a critical update and you must upgrade your device if you are experiencing charging or connectivity issues.

If, however, you are already running iOS 12.1 Beta 2, there’s no point in upgrading because Apple has already implemented the aforementioned fixes in it.

Users who decide to move to this version from the latest beta build must perform a clean restore via iTunes. The reason being the current public version is actually below iOS 12.1 Beta 2. 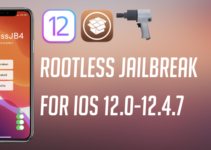