Developer Steve Troughton-Smith has just made another startling revelation that a new “iPad X” could be in the works. Here’s all you need to know about this new finding in iOS 12.

AvatarKit and Face ID are compatible with iPad

According to renowned developer Steve Troughton-Smith, iOS 12 already contains the necessary code required to port AvatarKit and Face ID to the iPad.

For the uninitiated, AvatarKit is the framework that the Animojis and Memojis use.

Troughton-Smith posted on Twitter a screenshot of the Animoji screen on an older model of iPad.

New in iOS 12: AvatarKit comes to iPad. Still requires a TrueDepth camera to do face tracking, though, i.e. an iPad with Face ID pic.twitter.com/9TvP2vsP6X

The developer also remarked that AvatarKit relies on TrueDepth camera for face tracking and will only become fully functional once Apple releases a new Face ID-compatible iPad.

This discovery hints at the possibility that Apple could be working on a new smart tablet with Face ID support.

Although the current device lineup may not make use of AvatarKit, a new “iPad X” with iOS 12 will definitely be able to do so.

When will Apple release a Face ID-compatible iPad?

An updated iPad Pro is purportedly in the works and Apple plans to launch it this fall. However, the new tablet with face scanning capability will not accompany its smartphone counterparts.

According to analyst Ming-Chi Kuo, Apple will probably announce it in October or November alongside a new low-end MacBook Air. 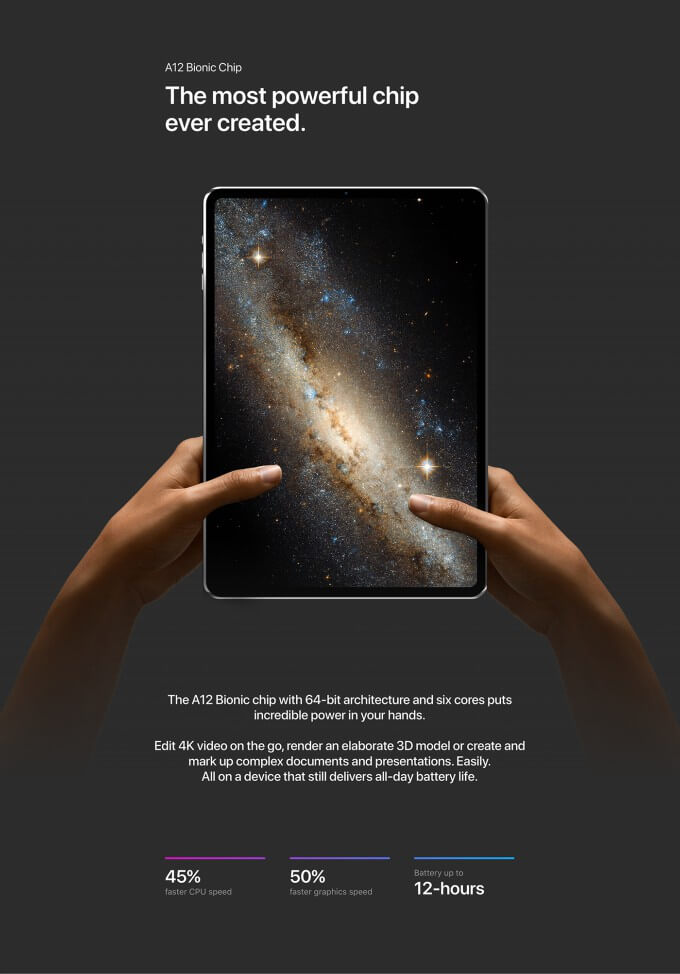 With that said, not much is known about the hardware and design of the new tablet. Apple might go for a frameless design à la iPhone X replete with a stunning notch and a TruDepth camera.

As far as the processor goes, the new iPad Pro will come with the A12 chip, which the upcoming iPhone will use.