Just three days after releasing iOS 1.3 Golden Master, Apple is now beginning to roll out iOS 11.4. You can download the latest iOS 11.4 beta 1 update without your developer account below.

The notable additions in new iOS 11.4 beta 1 firmware include AirPlay 2. Apart from AirPlay, this update doesn’t improve much upon its predecessor.

The release notes for this version are riddled with bug and error fixes such as playback getting stuck on the last track.

It weighs approximately 300MB on iPhone X so not a lot has changed compared to iOS 11.3 GM (final version).

Surprisingly, the Schoolwork app and the ClassKit framework that Apple recently announced are missing from this version.

You can install this beta update using the download links below. If you download the IPSW firmware file, use iTunes. If you want to want to update over-the-air, download the OTA profile given below for a quick upgrade.

If you want to upgrade, wait for Apple to flesh this update out. Once that happens, I would recommend updating.

Will you upgrade to beta 1 or wait for the next beta build? Let us know in the comments below. 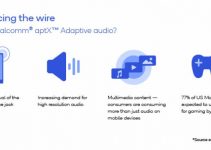