Team Pangu is finally back after quite a long hiatus from iOS and jailbreak development. Here’s what a Team Pangu member shared on Twitter.

iOS kernel is about to get a whole lot more secure as Apple patches a buggy kernel extension in 11.2.

Wang Teilei, a member of Team Pangu has just disclosed that Apple has fully patched IOSurface Kernel extension. Moreover, Apple has also fixed a few other modules that were vulnerable to attacks.

IOSurface is one of my favorite kernel extensions. We had a talk at @SyScan360 that introduced the long bug history in IOSurface. This time Apple also fixed a few similar issues in other modules. A big loss.

Team Pangu discovered this vulnerability sometime in 2016. They then used it extensively to develop exploits for iOS in a research environment.

According to Wang, this is a “big loss” for iOS hackers, in general, and jailbreak developers, in particular.

For those who don’t know, a bug in IOSurface kernel extension allows hackers to develop an exploit from within the Sandbox.

The real vulnerability lies in the calling function of the IOSurfaceRootUserClient class, which can cause the port’s UAF to leak critical information.

iOS 10.3.x versions are vulnerable to a similar exploit. Although iOS 10.3 increases the security of the kernel task port, this vulnerability is still present in these versions.

This vulnerability is also present in all iOS 11 versions up till iOS 11.1.2. Apple implemented several measures to prevent a cross-zone attack.

However, Team Pangu still found a way to trigger it through another method. This means the vulnerability still exists in versions below iOS 11.2.

Will this make jailbreak development hard?

Yes, it certainly will. Hackers rely on IOSurface to discover vulnerabilities and subsequently build exploits.

Unfortunately, this loophole has now been fully closed by Apple and it will be hard to find new vulnerabilities in iOS. Jailbreak development was already too hard a nut to crack, even for veteran iOS security researchers.

Things are definitely not looking good at the moment and when Pangu complains about iOS patches being a “big loss”, you know something’s not quite right. 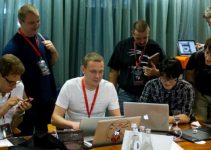