After releasing iOS 11.1.2 yesterday, Apple has just seeded iOS 11.2 beta 4 to developers. Here’s how you can download its IPSW file without a developer account.

Just like the previous beta builds, this version, too, focuses on bug fixes and minor improvements. It weighs just 38.6MB on my iPhone 7 plus, which indicates there’s nothing major in this update.

It likely contains bug fixes for iPhone X from yesterday’s release. These fixes weren’t ported to iOS 11.2 up till now.

If you are a registered Apple developer, you can grab the IPSW firmware file from the Apple Developer Center. You can also download the necessary OTA profile for your device.

As always, a public release will be happening a few days from now.

The download links are being uploaded right now and will be live within minutes. As soon as they go live, you can come back and download them using the links below.

A hacker may be working on an iOS 11 jailbreak but there’s has been no confirmation as of yet. Needless to say, a jailbreak will naturally be coming out for a stable version instead of a buggy build.

I would recommend staying where you are right now until further jailbreak updates. 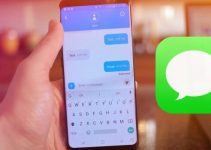