Apple has just released iOS 11.1.2 for the general public. Here’s how you can download it on your iPhone, iPad, and iPod touch.

This is a final release, not a beta release. It comes with a lot of fixes, especially for the iPhone X. This version fixes the distinct distortion effect in Live Photos on iPhone X.

iPhone X users were also complaining about unresponsive touch screen at low temperatures. This release fixes that issue as well.

As you already know, KeenLab recently demonstrated an iOS 11 jailbreak a the POC2017 security conference.

Apple might be trying to deter jailbreakers from staying on a jailbroken version (iOS 11.1.1). This is evident by the fact that this update is compatible with all other Apple devices as well.

This is a public release and hence won’t require a special paid developer account. You can easily download this update from iTunes itself. The direct download links for IPSW files are also given below.

You can also take the OTA route as well. To do that, simply go to Settings > General > Software Update and tap Download and Install to start the installation process.

Yes, you can freely upgrade right now. No iOS 11 version has a jailbreak as of yet.

However, a new jailbreak developer has hinted that he is working on a public jailbreak. As a rule of thumb, it’s recommended to stay on the lowest firmware possible.

Hacker Francisco Alonso (@revskills) hints that he might be working on a public jailbreak. #iOS11 #jailbreak #hype

Will you be updating or staying on an older firmware? Let us know your thoughts in the comments section below. 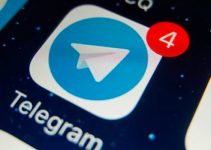