Along with iOS 12.4, Apple has also seeded two new updates for legacy Apple devices. If you have a compatible iPhone or iPad model, you can install iOS 9.3.6 or 10.3.4 update on it. Check the compatibility status of your device below.

iOS 12.4 was not the only version released by Apple yesterday. Users having older iPhones and cellular iPads that are still running on an older version can also look forward to a new firmware.

iOS 9.3.6 and iOS 10.3.4 come with a patch for a GPS bug, which could potentially affect your location data later this year.

That also explains why the Wi-Fi models of the iPad have not received an update, because they do not have a GPS sensor. 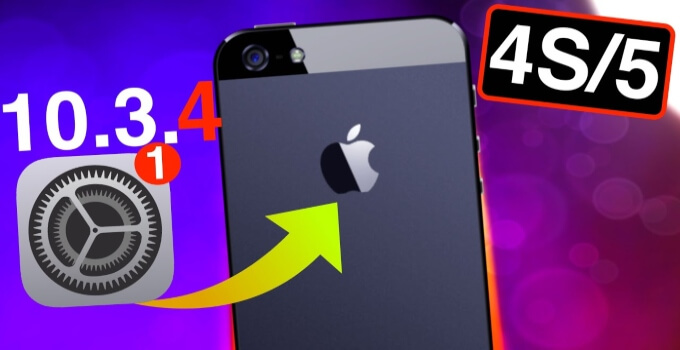 These versions are necessary to prevent cellular devices from being affected by the weekly rotation in GPS software.

Which models are compatible with these updates?

The update will be available for the following iPads and iPhones –

Should I update my Apple device?

If you don’t install this version before November 3, 2019, your device may not be able to accurately determine the location.

Apps and other native features that on the correct time can also experience issues. Synchronizing with iCloud or opening the Mail app can be affected by this.

Thankfully, WiFi-only iPad and iPod touch models will not experience this bug. As a result, Apple has not released an update for those models.

If you are not sure which version of iOS your device is running, you can check it by navigating to Settings > General > About. The number present next to “version” is the iOS firmware that your device is currently running.

If you still use one of the aforementioned models as your daily driver or if they are gathering dust somewhere in a drawer, then, by all means, go ahead and update your device.