An unknown developer recently posted a new video demonstrating an iOS 10 untethered jailbreak for 32-bit devices. Here’s how this tool works and what this means for the legacy jailbreak community.

iOS 10 can be jailbroken untethered with De Rebus Antiquis exploit

He was successfully able to jailbreak an iPhone 5,2 (iPhone 5 (CDMA)) running the iOS 10.2.1 operating system.

According to the developer, his jailbreak is based on the De Rebus Antiquis iBoot exploit by Xerub. Since this exploit is very “low-level”, you can theoretically flash custom firmware versions and downgrade to unsigned versions.

It functions just like semi-untethered jailbreak tools such as Home Depot in that you need device-specific offsets to make it compatible with your device and firmware combination.

Dora’s jailbreak tool requires you to possess the right iOS 7.0.4 SHSH Blobs for your device; the reason being that the De Rebus Antiquis exploit works only on iOS 7 and below.

Surprisingly, you don’t require SHSH Blobs for iOS 10, which actually happens to be the target firmware.

When will iOS 10 receive an untethered jailbreak?

Despite being a fully untethered jailbreak, Dora’s tool is not meant to be used by the average user.

Even if the developer were to release it somewhere down the line, not a lot of users will be able to use it, because –

Nevertheless, a full-fledged user-facing jailbreak would be quite useful for iOS 10 because it’s the latest firmware for 32-bit devices.

If you own a 32-bit device on iOS 10, sit tight on your current firmware version and start digging up those precious iOS 7 SHSH Blobs. 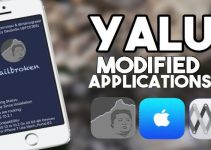