The second beta of iOS 10.3 is now available for download for developers. With the new iOS version, Apple improves stability, fixes errors and reactivates a useful function. In addition, updates were also released for watchOS and tvOS.

This is the second beta update of iOS 10.3 firmware. Most of these changes are aimed at fixing bugs and improving the stability of the system. Most important innovations within iOS 10.3 are AirPods search function and the new Apple file system APFS. APFS speeds up the operation and booting of iOS.

Apple has again activated the extension to block certain phone numbers, which for some unknown reason was deactivated in the first beta. What is not yet fixed is a problem with the LAN Cache, which might not work in the current beta for some users. For apps that depend on the cache, this could still be a problem.

The second beta of iOS 10.3 is currently only available to developers. iPhone 5 and newer smartphone models are supported. As for the iPad, iPad Mini 2 or later, iPad 4 and iPad Air, Pro versions as well as the iPod Touch 6th generation are supported.

With iOS 10.3, Apple integrates the “Find my iPhone” feature to find lost Airpods. In Apple’s native maps app, you can use 3D Touch to create an hourly weather forecast for the current location. With iOS 10.3, developers will also be able to ask users to submit an app rating without having to send it to the App Store.

If you are a developer, you can upgrade to beta 2 of iOS 10.3 directly from settings. Go to Settings > General > Software Update. If you don’t like this update, you can downgrade to iOS 10.2.1. 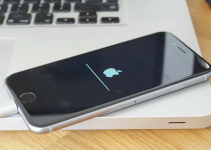