Home
Jailbreak
A New Userland Exploit can be used for iOS 10.2.1 Jailbreak

Today I have some good news for you all – a userland exploit in iOS 10.2.1 has just been discovered. Let’s find out how it could be used for a jailbreak.

Information security research is quite complicated and time consuming. Finding exploits in Apple’s iOS operating system is like travelling to the moon all by yourself.

This exploit proves that any system can still be exploited no matter how secure it is. Here’s how this userland exploit works.

In short, this means you can serve bogus certificates over SSL (Secure Sockets Layer) and run unsigned code in 10.2.1.

Is iOS 10.2.1 Jailbreak Under Development?

Everyone seems to be jumping aboard the hype train just because one exploit is found.

An exploit does not guarantee that a jailbreak can be developed for 10.2.1 firmware. A proper user-friendly iOS 10.2.1 jailbreak still seems far-off.

According to a rumor, Chinese developers are working on an iOS 10.2.1 jailbreak. However, there have been no updates so far regarding its status. It seems no considerable progress has been made on a jailbreak tool.

What Should you do right now?

Depending on your needs, here’s what you should do right now. 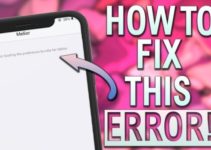