Eminent tweak developer has just dropped a bomb on Twitter. He is very close to jailbreaking iOS 10.2.1. Here’s all you need to know about it.

Anitue Dev, the lead developer and hacker of Tigris Dev Team, is making progress towards an iOS 10.2.1 jailbreak.

First 10.2.1 release could be soon, just need to finalise some things and test within the team

As of now, the jailbreak is sitting at 66%, just like the iOS 10.3.1 jailbreak. He just needs to add a KPP bypass to turn it into a working jailbreak.

He will obviously be utilizing Luca Todesco‘s KPP bypass that is present in Yalu jailbreak. Luca has already clarified that his KPP bypass will work on iOS 10.2.1 apart from iOS 10.0-10.2.

Therefore, iPhone 7 and iPhone 7 plus will be left in the lurch again as his bypass is incompatible with these devices on iOS 10.2.x.

In my opinion, Antique Dev might actually be onto something here. According to him, he is still making good progress and will begin the testing phase alongside Tigris comrades.

So the answer is – ETA SON.

As is evident, only devices that are still on iOS 10.2.1 firmware will be able to benefit from this upcoming jailbreak.

As far as iOS 10.3.1 users are concerned, you can downgrade to iOS 10.2.1 provided a tool based on ziVA exploit gets released.

This tool will be called Yalu10.2.x as it uses Luca Todesco’s exploits. The developer hasn’t divulged any plausible details about compatibility at present.

Is this jailbreak fake?

The last jailbreak claim from a Tigris Dev Team member turned out to be completely fake.

The fake iOS 9.3.5 jailbreak fiasco even got them some bad rep within the community.

This will be their last chance to prove themselves. If they don’t do something this time around, they will be as good as dead and will get a lot of flak from the entire community.

Can Tigris Dev Team release anything of substance now? Let us know your thoughts in the comments section below. 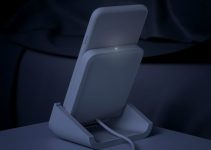 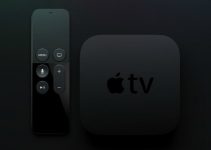