Home
Cydia
How to Install Springy Cydia Tweak on iOS 10-10.2

As you know, Springy Cydia tweak only works for iOS 7,8 and 9. Now that we have a jailbreak for iOS 10 firmware, it should have been updated for iOS 10.

However, it seems the developer, Adit Kamath, seems to be fallen off the face of Earth. The last tweet on his Twitter account is from early 2016.

So, it’s safe to assume we won’t be getting an update for Springy anytime soon.

For those who don’t know, Springy Cydia tweak allows you to set custom animation or image during Respring. Here are some cool Springy animations that you can use.

With a clever workaround, we can still install and use this tweak on our iOS 10 devices. Now onto the tutorial.

Step 4 Install BringTheAppleBack package from this Cydia source. Be sure to remove RespringProgress Cydia tweak before you install this tweak.

A great source for several cool animations/themes for Springy is – http://virenmohindra.github.io/. So make sure you check out this Cydia repository.

If you liked this tutorial, don’t forget to give us a thumbs up on Facebook and Twitter. Here are some other Cydia tweak you may find interesting. 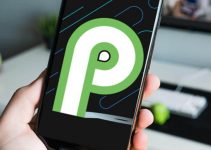