Swedish developer ijapija00 just got into a fresh beef with Cole Cabral. Let’s find out what happened behind the scenes.

ijapija00 has threatened to crack Cole Cabral’s new Cydia tweak, WeatherBanners. He claims WeatherBanners was copied from his tweak CustomTime+.

Developer Cole Cabral took a dig on ijapija00 on Twitter.

So @ijapija00 is trying to release my code for WeatherBanners as his own on BigBoss. Couldn’t even rename the method used 😂 pic.twitter.com/vFNQV6xDee

Ironically, ijapija00 didn’t say anything about AdvancedStatusTime by developer Maxwell Lang. Actually, it’s this tweak that has been ripped off of ijapija00’s tweak.

ijapija00 is the kind of developer who flexes fake jailbreaks every weekend. He also claimed to be possessing a working iOS 10.3.1 jailbreak called YUCCA.

However, Saurik was quick to refute it. He clarified there has been no sign-in to Cydia from iOS 10.3.1 firmware.

Here’s a demonstration of his iOS 10.2.1 jailbreak.

He also released his own modified version of mach_portal called yaluX jailbreak for iOS 10.1-10.1.1.

Other than that, he also released several fixes for mach_portal jailbreak. In reality, his fixes did more harm than good to users’ devices. If you are still using YUCCA stashing, remove it as soon as possible.

He’s had a rocky history and enjoys a dubious reputation ever since he came on board the jailbreak community.

Hence, I highly recommend you steer clear of any tweak or jailbreak tool from this developer.

Hopefully, he will clean up his act and stop releasing destructive jailbreak tools and tweaks. 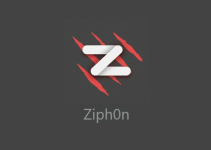 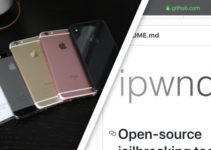