Fortnite has eluded the jailbreak community for a while with no developer releasing a patch publicly. The latest update by Epic Games completely removes its jailbreak detection system.

Epic Games is back with another major update. The latest version (v3.4.0) comes with some powerful weapons alongside a new questline inspired by Easter.

Thankfully, Epic Games took it upon themselves to give us a bypass by removing their jailbreak detection system altogether.

However, the patch notes suggest otherwise, even though it now works on jailbroken devices. The third line from the last clearly states “Added a message informing players that jailbroken devices are not supported”.

All in all, here’s what’s new in the latest update –

Apart from the new features mentioned above, there are also plenty of bug fixes and an improved crossplay feature.

How can you play Fortnite with jailbreak?

Traditionally, you need a proper bypass or patch for the in-game DRM.

However, it is no longer required with the latest version, which you install or upgrade to from the official iOS App Store.

If you are still on the older version, you can give this tutorial a read. Other standard rules such as possessing an invite code still apply in this case.

I highly recommend upgrading to the latest version. Doing so will completely negate the need to mess around with your device’s filesystem.

Are you able to run the game with the latest update? If yes, leave your comments below. 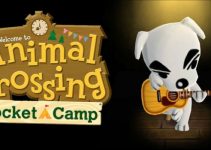