Another day, another tweak. A very interesting tweak has just been released called FingerTouch. It gives the TouchID a new lease of lie. Let’s find out more about this tweak.

When you click on your home button many a time, it becomes a bit “loose”. FingerTouch fixes this issue by allowing you to use TouchID instead of clicking. This is where FingerTouch comes into action.

FingerTouch Cydia tweak allows you to substitute the Home button by TouchID. The Home button of recent iOS devices is equipped with TouchID. This tweak lets you squeeze out a bit more functionality from Touch ID.

It was released on BigBoss source just days ago.

.You can assign functions and gestures to the TouchID. You can select from the following gestures –

In this way we can assign different functions to each of these gestures. This feature is missing from the Apple’s mobile operating system

You can continue using the usual functions of the Home button with just a touch. All this will be configurable in the settings.

These are the functions that you can configure –

FingerTouch clearly offers solid functionality for iOS 10. You can configure and select your desired gestures. Once installed, it will quietly work in the background making the gestures seem as if they were a part of iOS.

FingerTouch is available for download on BigBoss Cydia repo for free. It is compatible with iOS 10 and devices that have TouchID. 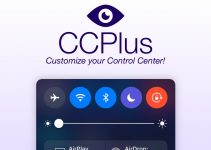