After releasing it in the United States back in 2017, the social network is rolling it its Facebook Watch platform globally. Here’s what this new platform has in store for you.

YouTube, Netflix, Amazon Prime, HBO – streaming is the king of video right now and, of course, the favorite channel to consume content.

Why? Because of the unique content that stands out from the run-of-the-mill offerings that most TV channels usually have.

Facebook, the numero uno social network, is aware of the success of streaming VOD (Video On Demand) content and has, therefore, launched its own platform called “Facebook Watch”. 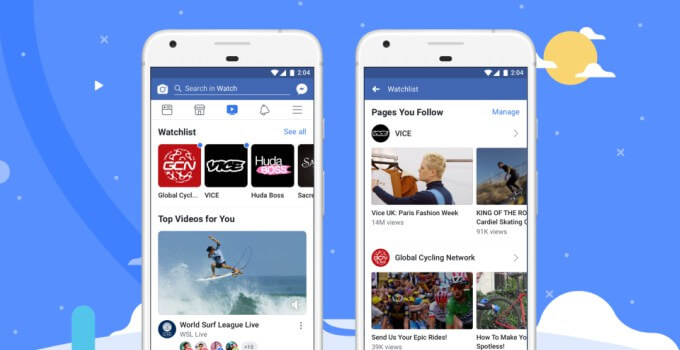 More of a YouTube than a Netflix right now, Watch consists of videos called “shows”, for example, a weekly cooking program, a daily vlog, etc. Essentially, it’s Facebook’s YouTube that can be viewed on devices that are compatible with the social network.

Watch is divided into different sections and organized according to the user’s interests. You can view access the “Most Commented” tab to see what shows are the current favorites of the community, “What makes people laugh” to find comedy content, or “What friends are watching”, etc.

Facebook has a clear goal with Watch – the creation of a new platform for creators and publishers to find an audience, build a community of passionate fans and earn money from their work.

Focused more on social consumption, it already has quite a few popular shows in its repertoire such as Red Table Talk and Major League Baseball games.

Creators will be able to monetize their videos provided they are more than 3 minutes in length, have at least 10,000 followers, and generate at least 30,000 one minute views for two months or if they meet Facebook Watch’s standards.

With a viewership of 50 million users each month, Watch is set for a jaw-dropping international launch. It is already available in many countries and you can begin using it on any compatible device.