Eclipse Cydia tweak has been updated to version 4. It is now fully compatible with iOS 10. Eclipse 4 is a popular tweak that brings the “Night mode” to iOS operating system. Let’s delve right into this tweak and its functions.

Many iOS 10 users want a “Night Mode” for night time usage. However, even after repeated requests, Apple still hasn’t incorporated this useful feature in iOS 10. Thanks to the jailbreak community, there are many tweaks that let you do just that.

Eclipse 4 is amazing because it changes colors throughout iOS interface and applications. This increases usability and productivity at night. This slick tweak does not consume any extra battery and also allows you to blacklist certain apps. 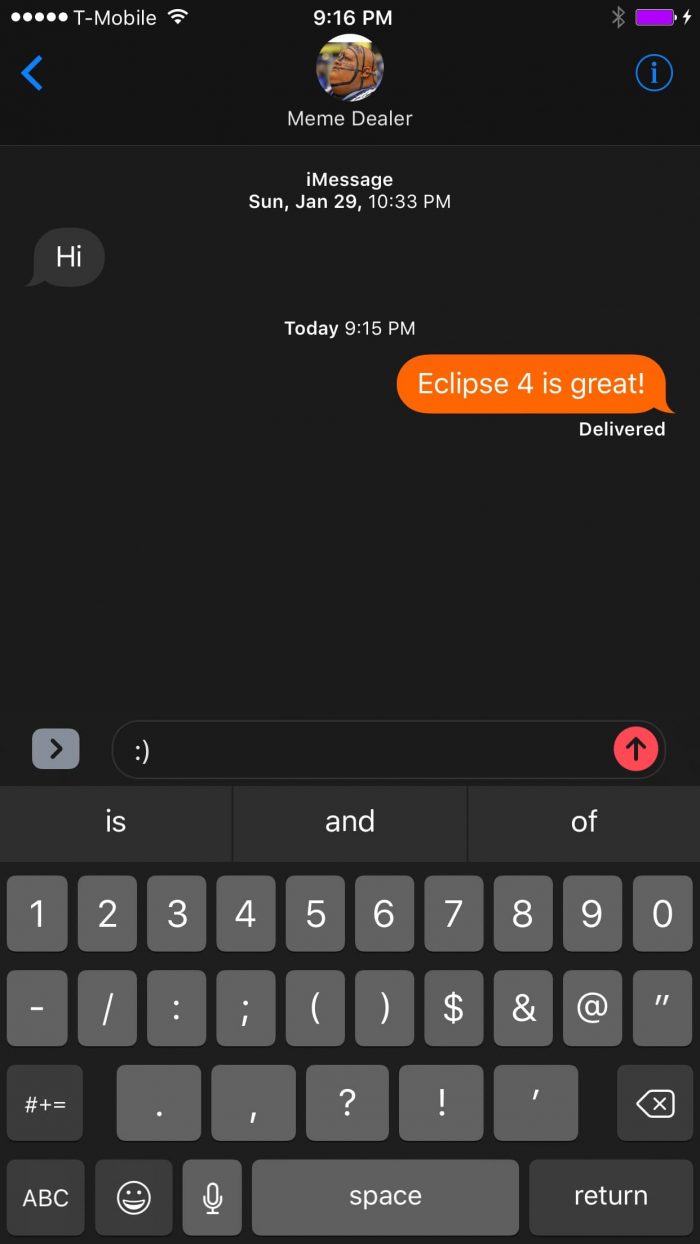 It lets you color the iOS interface according to your liking. You can customize Status bar, Control Center, buttons, keyboard, SMS bubble, etc – everything is customizable.

It first came out for iOS 7 firmware. Once installed, it will be necessary to apply the night mode via a button in the settings of the tweak. Features like “Darken Wallpaper” allows you to slightly darken your screen.

Here’s a video demonstration of this amazing Cydia tweak.

Most importantly, Eclipse 4 is free for users who purchased its previous versions. New users must pay $0.99 to use it.

If you have a jailbroken device running iOS 10, give this tweak a go – you won’t be disappointed. If you want to jailbreak your device, follow our step by step jailbreak guide.

Remember that after installing, you must manually select the applications that support dark interface.

Eclipse 4 is available for download on BigBoss Cydia repo for the price of $0.99.