Another day, another tweak. A new Cydia tweak has been released that aims to deal with dipsomaniacs and their insatiable desire to text while drunk. Here’s how this tweak works.

Have you ever sent a text while you were drunk only to regret it later? If yes, then DrunkMode is the Cydia tweak you would want to install.

It works with the following apps –

This tweak ingeniously stops you from doing stuff while you are drunk. It jumbles up the text in the question so only a fully sober person could read it. It then gives you a simple maths problem to solve before it allows you to text.

Once installed, you can disable for different messaging applications. You can also change the difficulty level of the mathematical problem this tweak throws at you.

If you find your self drunk almost every weekend, this tweak is a must-have. Recommended.

This tweak was originally developed by Qusic for iOS 7. Qusic quit the jailbreak scene and it was updated for iOS 9 and 10 by Dani.

Here are some more Cydia tweaks – 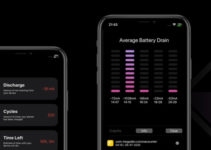