Another day, another tweak. Dimid is a smart brightness controller for iOS 11. Download this amazing tweak for your iPhone, iPad, and iPod touch below.

While the latest stock iOS operating system packs a lot of useful features, it lacks a smart brightness system.

Sure you can control screen brightness manually from the Control Center but the difference between manual adjustment and automatic brightness control is day and night. That is where this new tweak comes in.

Dimid brings a comprehensive smart screen dimming system to your iPhone. It is developed by the eminent tweak developer LonestarX.

It intelligently prevents dimming while you watch videos, offers a plethora of “wake up” options, and comes with an iPhone X-exclusive SuperDim feature.

Dimid comes with an in-depth preferences section, which lets you tailor the tweak’s functionality to your liking. Since the screen dimming system works “intelligently”, it’s totally set-and-forget and you need only set it up once. 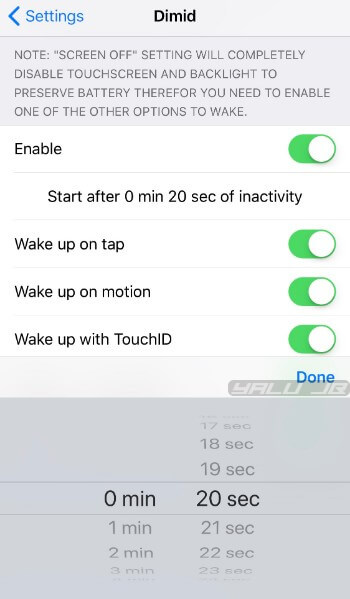 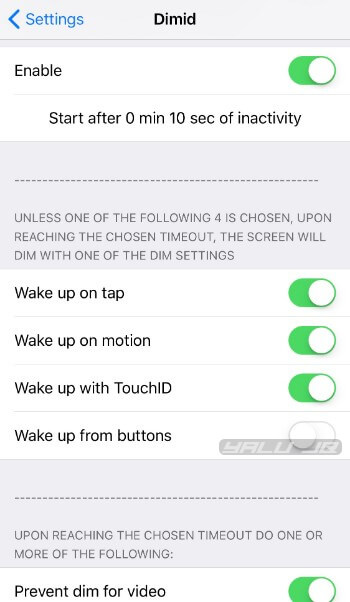 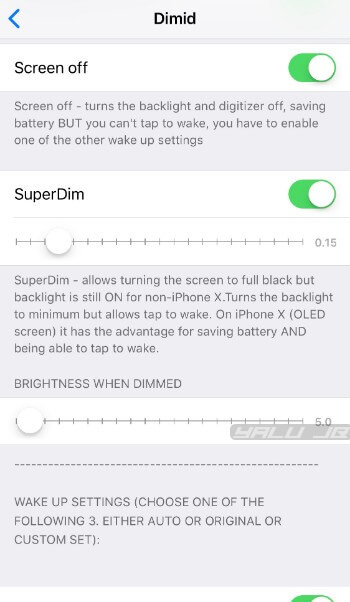 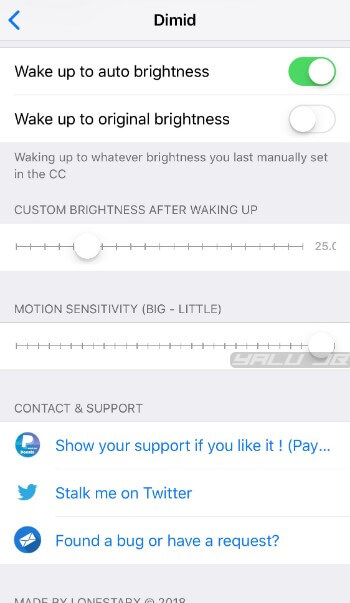 You don’t need to restart the Springboard each time you make a change. This tweak automatically applies the changes in real-time to your brightness setting.

We often find ourselves chatting and shooting the breeze on our smartphones. While these are respectable endeavors, your smartphone stays at the same brightness level while you keep a tab on your conversations, thus wasting that precious battery life.

So if you want to save some juice while also saving Mother Earth in the process, go ahead and install Dimid on your device. Recommended.

Dimid is available for download on Chariz/HASHBANG repo for $1.49. It is compatible with iOS 11. 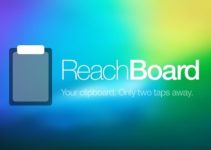 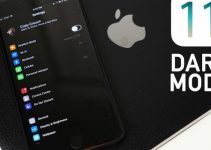