First of all, I would like to introduce our guest today, CydiaGeek.

He has been involved in the tweak development scene for quite some time now. What makes him stand out from other developers is his penchant for developing tweaks and then giving them away for free.

He has developed a lot of amazingly useful tweaks such as Gorgone, SkinnyHUD, OrbGestures etc and all of them are available for free.

A. I started about two years ago because of my great passion and the will to make something useful for others.

Q2. Gorgone is a great Cydia tweak. What made you develop it and how much did it take to finish it up?

A. I just wanted to port the feature available only for iPad at the moment over to iPhone. It didn’t take much time but it’s about the dev testing and debugging later on.

Q3. Almost all of your Cydia tweaks are free. Is there any specific reason behind that?

A. Surely. I think all tweaks have to be free for the community.

I do this for my passion and to be grateful. Ah, donations will always be accepted, LOL.

Q4. Are you currently working on any new project or tweak?

A. Surely, always and you the can ever check my projects and beta stuff on my Cydia repository (cydiageek.yourepo.com).

Q5. Have you ever felt that tweak developers deserve more money for developing tweaks?

A. I don’t know but surely they deserve more and as piracy only hurts.

Q6. Do you own a jailbroken device? If yes, what are your favorite Cydia tweaks and App Store apps?

A. Yes, some of them and I really use a very little amount of tweaks for testing purposes.

As far as the App Store apps go, I prefer the social and sports/general and news apps.

Q7. What can the jailbreak scene expect from you in the future?

A. Good question – who knows? I really hope and wish the best for the jailbreak community but lately, some events did not guide us to that.

That’s it for now, folks! I hope you enjoyed this interview with CydiaGeek and don’t forget to check out CydiaGeek’s tweaks on his private repository. 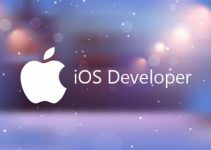