Here’s a demonstration of Cuttlefish Cydia tweak on iOS 9.

With Cuttlefish, whenever applications support 3D Touch technology submenu, we can see how both the background and the color of the menu are shown with the same color as the edge of the icon.

Apple should take note of this tweak if they haven’t already. Since Apple is known to steal ideas from jailbreak tweaks, it wouldn’t be a surprise if they implement this feature in future versions of iOS 10.

Cuttlefish is available for free through Cydia app store on jailbroken devices only. If you use Forcy or RevealMenu tweaks, you can also use Cuttlefish to customize the background of the menu when the 3D Touch function is invoked. Download the latest version of Cydia here.

Cuttlefish is compatible with both iOS 9 and iOS 10 now.

Interesting tweaks are being released that until now had not been released. This is because Yalu jailbreak was not compatible or because they tried to take advantage of new features of iOS that were not in present in previous versions of jailbreak. Stay tuned! 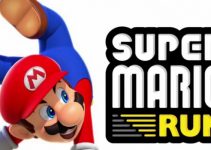