The jailbreak community seems to have taken another hit recently. This time it’s Carlos Perez aka CP Digital Darkroom. Here’s what he has been up to in the past few months.

CPDD is working on App Development

Eminent Cydia tweak developer Carlos Perez aka CPDD has stopped all tweak development and moved over to the greener pastures of the official App Store.

In the past few months, he has been working on a couple of App Store projects. Needless to say, this work overload has taken a toll on his jailbreak tweak development.

Even after taking time out of his busy schedule for tweak development, app development proved way too tedious. This forced him to completely abandon jailbreak and instead focus all his energy on his App Store application.

SongShift is one of the apps Carlos has been working on lately. It allows you to transfer your playlists between various streaming services.

You can get it for free from the App Store using the download link below. 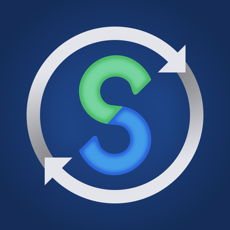 What happens now to tweaks and subscriptions?

Although Carlos has already finished a lot of Cydia tweaks, he has not yet released them to the public. The primary reason behind this is that some of these tweaks still require a few finishing touches.

As of now, he intends to release all of them for iOS 11, once a jailbreak for it goes public. If an iOS 11 jailbreak takes time, he will eventually release them for iOS 9, 10 and even iOS 8.

He is also considering open sourcing some of his tweaks so that other developers can work on it. However, some shady developers have been literally stealing and copy-pasting entire lines of code.

This had led to him keeping his code close-sourced.

As far as subscriptions go, his paid subscribers will continue to receive his tweaks like Trucido, Madrid, and Platters.

These tweaks are alone valued at more than the entire subscription cost itself. Therefore, all subscribers will still be getting their money’s worth at the end of the day.

CPDD has already provided beta access for some of his tweaks to his subscribers, with the exception of Madrid. The reason behind this is the “high profile” nature of this tweak.

Some subscribers were stealing his tweaks and release them for everyone to use. This carries a risk of piracy and hurting his earnings. Therefore, he decided to hold it back and release it only at a later date.

Early subscribers, even those who have had their subscriptions run out, will continue to receive tweaks as a token of gratitude.

Will CPDD make a comeback?

Carlos doesn’t currently have access to a jailbroken device. He is using iOS 11 firmware on his main device for App Store development.

However, he has made it very clear that he will be returning to jailbreak tweak development once an iOS 11 jailbreak drops. This obviously means his comeback will take up a good few months.

Once that happens, he will get back to Cydia tweak development as soon as possible.