Chronic Dev Team might actually be making a comeback to the jailbreak scene “in the future”. Let’s find out more about it.

Will Strafach Hints at comeback

Although Will has left the jailbreak community, he’s still involved in information security research. He tweets almost daily on the topic of infosec.

Here’s what the German hacker had to say when a user asked him about a comeback.

@UnixDesign in the future. not yet.

This is not the first time Strafach has hinted at a comeback. He has expressed interest in developing jailbreak tools in the past.

Most old-time jailbreakers will remember Chronic Dev Team from the greenpois0n era.

Back then, iPhone Dev Team and Chronic Dev Team were the most popular dev teams on the scene.

For the uninitiated, Chronic Dev Team is arguably the best dev team on the scene. They developed greenpois0n and Absinthe jailbreak tools for iOS 4 and iOS 5 firmware.

They also managed to find some very valuable BootROM exploits.

So the idea that Chronic Dev Team might return to the jailbreak scene once again isn’t too far-fetched.

I remember using greenpois0n back in the day and it was a great tool. It had a cool user-interface and was very user-friendly.

All you had to do was connect your device, computer and click a few buttons and voila!

The newer jailbreak tools don’t hold a candle to greenpois0n.

It would be really great to have Chronic Dev Team making a comeback. In my opinion, the chances of this happening in the immediate future are 50/50.

What do you think? Will the Chronic Dev Team stage a comeback or are they a spent force by now? Let us know in the comments section below. 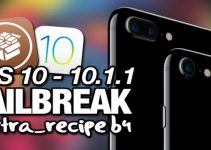 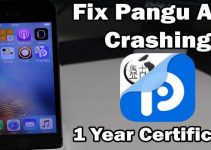