checkra1n jailbreak has finally been ported to the Windows operating system! Hit the jump to read more about its release date and availability.

checkra1n jailbreak has been around since 2019 and has only been available for macOS and Linux… until now that is.

Dany Lisiansky, a member of the checra1n developer team, recently teased the Windows port of checkra1n.

The security researcher shared the following screenshots of checkra1n running on Windows 10 on his Twitter handle. 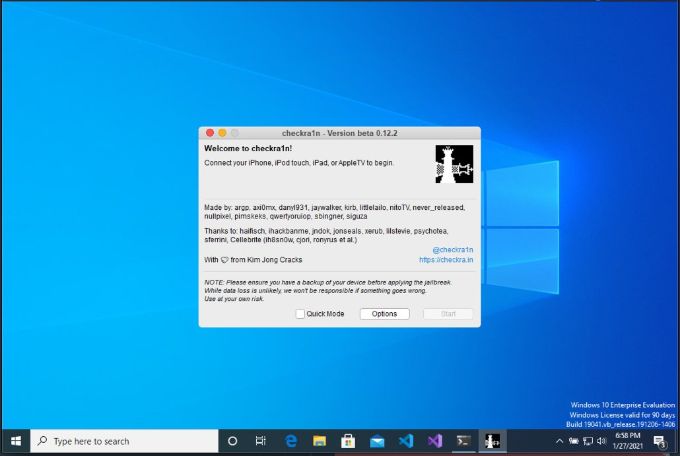 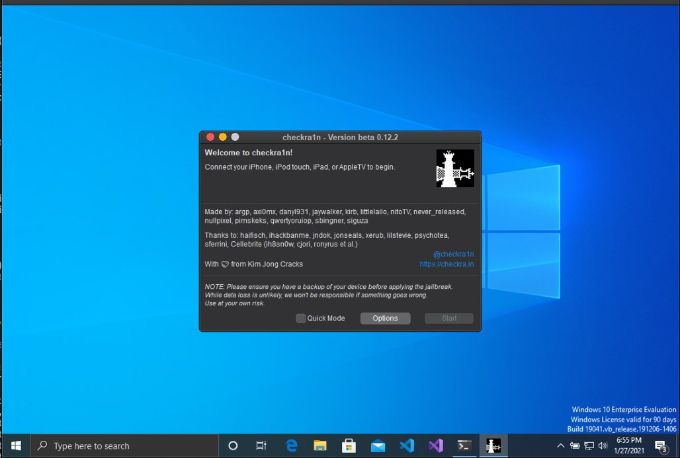 According to Dany, checkra1n for Windows relies entirely on the win32 GDI (Graphics Device Interface) despite having the look and feel of a macOS application.

All controls, too, have been drawn to mimic the stock macOS look and behavior as closely as possible.

All in all, nothing much has changed in this port.

The only difference is that you will no longer need to use third-party tools like checkn1x or boot Ubuntu/Linux just to jailbreak your device. Simply fire up your PC and you will be good to go!

Surprisingly, this is not the first time checkra1n has been ported to Windows. Shahar Tal, VP of Cellebrite Security Research Labs, demonstrated a similar port back in January 2020 at a security conference.

checkra1n jailbreak demonstration on Windows 🔥🔥. #RETWEET if you are waiting for the Windows version pic.twitter.com/F4zS0v2EeC

Unfortunately, Tal did not release his version of the port, nor did he give an ETA to the community.

From what we can tell, the checkra1n development team has readied the GUI for the PC port.

But, apparently, it’s still a long way off from adding full-blown support to all devices. For those who don’t know, iOS 14 devices with the A11 Bionic system-on-chip cannot use a passcode at the moment.

So far, Dany has not responded on Twitter to any question pertaining to the Windows port’s release date.

And as far as we know, it could still take a couple of months for the release of a beta version for PC users.

Are you waiting eagerly for the Windows port of checkra1n jailbreak? Let us know in the comments section below.