Another day, another tweak. A new Cydia tweak for customizing iOS 10 Control Center has just been released. Here’s how it works.

There is no dearth of Cydia tweaks that allow you to customize the Control Center. However, most of them are paid or are too complicated to use for the average user. This is where CCustomize comes in.

CCustomize Cydia tweak brings simple but useful customizations to your iOS 10 Control Center. It is developed by Derik, who is a newcomer on the jailbreak scene.

CCustomize is a solid free tweak for users who are still using the native Control Center. Here’s how this tweak looks like in action. 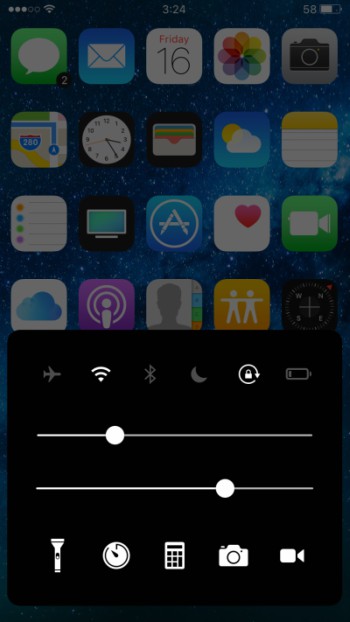 Once installed, you can customize your Control Center from its Settings section. I highly suggest you enable its DarkCC feature.

The dark mode feature works really well and integrates seamlessly as it were a native feature.

If you are looking for an easy-to-use tweak, go for CCusomize. Above all, it’s available for free for iOS jailbreak users. Highly recommended.

It is compatible with Horseshoe and Noctis Cydia tweaks. However, the Control Center dark mode feature is incompatible with Noctis as of now. Hopefully, the developer will release a fix for it soon.

CCustomize is available for download on BigBoss Cydia repo for free. It is compatible only with iOS 10.