CCQuick Pro is back! The new updated tweak is called CCQuick Pro X for iOS 10 and brings new features to the Control Center. Let’s find out more about it.

CCQuick Pro X is yet another Control Center tweak for iOS 10. Old time jailbreakers will remember this tweak from iOS 7 days. This tweak was also released for iOS 8/9 and has now been updated for iOS 10.

It provides you the following features –

This tweak adds a lot of unique options and shortcuts to your Control Center. It also allows you to set up many useful gestures. 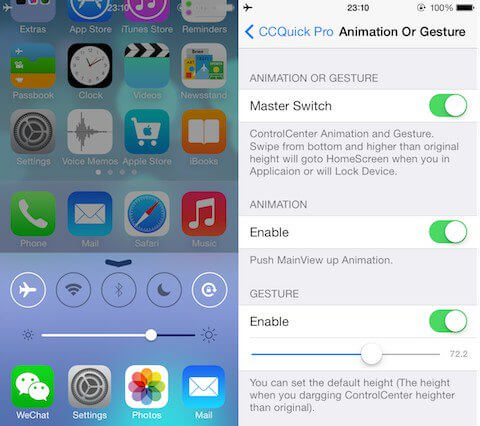 For example, when you swipe up from bottom higher than the original height, it will take you to home screen just like in Blackberry. You can also use this gesture to lock your device up.

It also comes with 15 useful toggles (such as Bluetooth, Do Not Disturb, 3G/LTE, Location Faker) to make everything easily accessible. You can activate these toggles from the Settings section of this tweak.

This tweak is priced at $2.99 which may be a bit high for some users. The developer has provided no discount for users who own copies of older versions of this tweak.

You should also consider that redesigning a tweak for newer firmware is not easy. It’s akin to writing a new tweak altogether.

If you haven’t customized your Control Center, simply get this tweak. Highly recommended!

CCQuick Pro X for iOS 10 is available for $2.99 on BigBoss Cydia repo.

Here are some other Cydia tweaks for you – 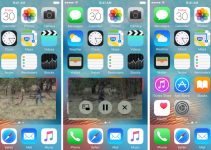