Every once in a while all Snapchatters come across errors triggered by jailbreak. Here’s how you can completely bypass and fix those errors on your iPhone, iPad, and iPod touch.

The reason Snapchat deploys a brutal jailbreak detection mechanism is to protect the integrity of its app.

Jailbreak tweaks and sideloadable hacked apps allow you to perform certain actions that are not inherently allowed. For example, you can read Snaps in stealth mode and even save stories and media locally on your iPhone.

While Snapchat doesn’t explicitly state you are using a jailbreak, it does throw errors in a very passive-aggressive manner.

Here’s a list of all errors you can face if you are a jailbreak user or use hacked apps.

Which errors are triggered by Snapchat’s Jailbreak Detection?

Here’s an error when the app detects you are using an older version.

They do this because older versions are often vulnerable to jailbreak tweaks and other third-party hacks. Moreover, the newer versions come with a better jailbreak detection mechanism. 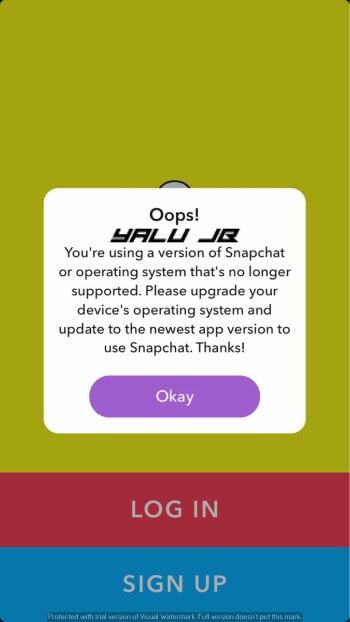 Therefore, forcing users to update is a trick to render all cheats and hacks useless.

As of now, users have reported success with some of the steps outlined here. However, there’s no guarantee that what works for one user will also work for another.

“Could Not Connect” error is triggered in two cases – 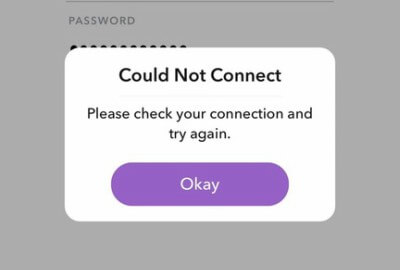 Here’s a simple fix for this error.

If you are unsure whether or not server-side issues are causing this problem, boot your device in no-jailbreak mode. If you are able to run Snapchat just fine, then a tweak is behind this error.

3. Snapchat is detecting a tweak

Snapchat can also detect several Cydia tweaks that hook into its functions. For example, the latest version can detect bypass tweaks such as xCon and certain Flex patches. 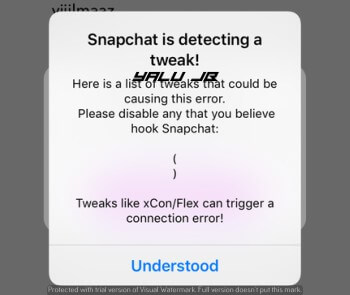 The only way to solve this issue is to use the latest version of Phantom Lite.

This yet another way this problem manifests itself. As soon you open Snapchat, it will crash and refuse to open even after multiple tries. If you are experiencing crashes, you should give this guide a read.

Did you bypass the jailbreak detection?

With these tricks at your disposal, circumventing Snapchat’s DRM system won’t be an issue. Remember, always stick to the latest version of tweaks and only update when absolutely necessary.

If you have got any other tip that you like to use, please share it in the comments section below.