Some experienced developers have just formed a new development team called Auxilium. Here’s all you need to know about this team.

Auxilium Development Team is a new team of jailbreak tweak developers and designers. It comprises the following members –

Auxilium is not a new kid on the block, the dev team went by “M4cs Development Team” moniker before this new name. They became active on the jailbreak scene only recently, though.

The team’s motto is “bringing ease to your device” and they will continue to do just that by releasing cool new tweaks, and that, too, for free.

Auxilium Development team is currently on the lookout for more experienced developers. Be sure to hit them up if you fit the bill and have some coding experience under your belt. 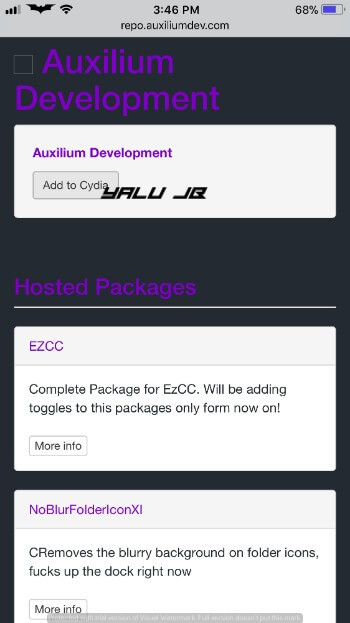 If you are still using their legacy Cydia source, remove all its tweaks and reinstall from the new source. The team will shut down the legacy source after a week.

The team has already released quite a few jailbreak tweaks. Currently, the Auxilium repo contains the following packages –

The repository is all set to receive more tweaks in the future. UltraLPM, EzVibrate, EzVPN, and EzLauncher are currently under development and will be rolled out very soon.

It’s always good to have new development teams that cater to jailbreak enthusiasts. Are you excited for Auxilium’s upcoming tweaks? Leave your comments below.